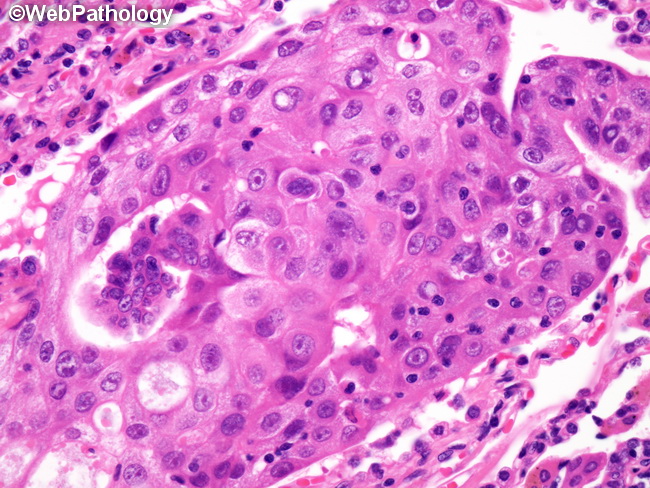 Comments:
Solid adenocarcinoma of lung is a variant where the major tumor component consists of solid sheets and lacks other recognizable patterns of adenocarcinoma such as lepidic, acinar, papillary, or micropapillary growth. Intracellular mucin must be demonstrated with histochemical stains in 5% or more of tumor cells in at least two high-power fields. Solid tumors lacking mucin but expressing pneumocyte markers (TTF1 and/or Napsin A) are also included in this category. Some solid adenocarcinomas have dense eosinophilic cytoplasm that closely resembles squamous cell carcinoma (as in this image). However, such cases will usually lack diagnostic squamous features such as intercellular bridges, keratin pearls. Immunohistochemically, they are positive for TTF1 and negative for squamous markers such as p40 and p63.