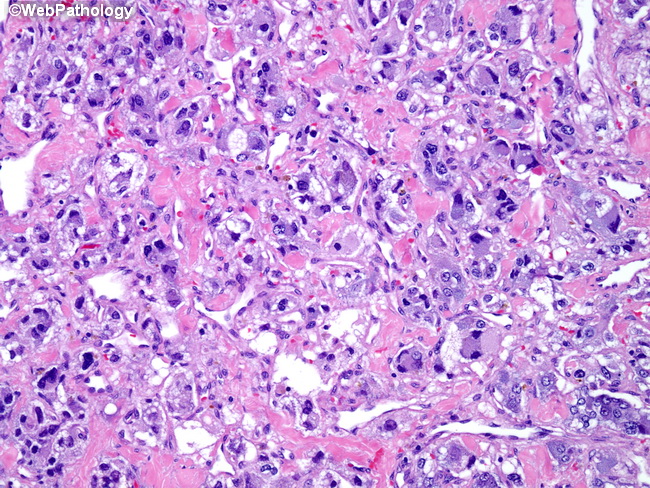 Comments:
This pheochromocytoma was removed from a 30 y/o female who presented with hypertension during late stages of her pregnancy. During work-up, a mass was noted in her left adrenal gland. Urinary catecholamine levels were very high. Left adrenalectomy was performed. The gland was largely replaced by a yellow-gray mass. The image shows small nests of polygonal tumor cells separated by highly vascular stroma with amyloid. The amyloid deposits were confirmed by positive staining with Congo Red.