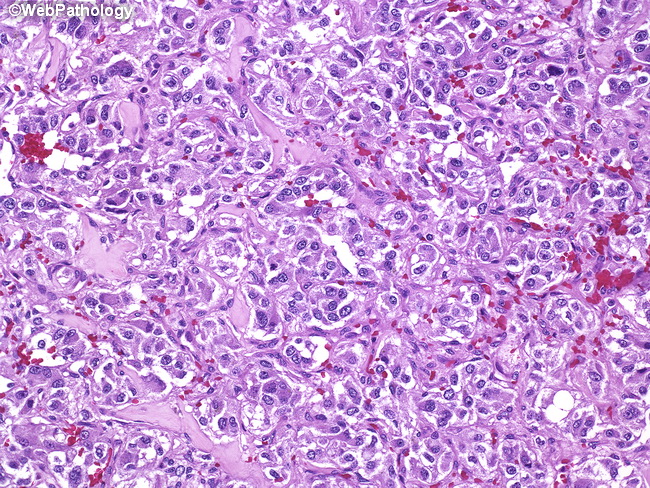 Comments:
This pheochromocytoma presented with lung metastases. The metastatic potential of a pheochromocytoma cannot be accurately predicted by the morphologic features of the tumor. Presence of metastases is the only definitive evidence of malignancy. The most common sites of metastases are bone, lungs, liver, and lymph nodes. Metastases usually appear within 5 years of the diagnosis, but may be delayed by as much as 15 years after initial resection. The treatment usually consists of palliative metastatectomy and alpha/beta blockade for symptomatic relief. Following the appearance of metastases, some patients decline rapidly, whereas others may live for a number of years with the disease.

slide 60 of 60
Tweets by @WebPathology