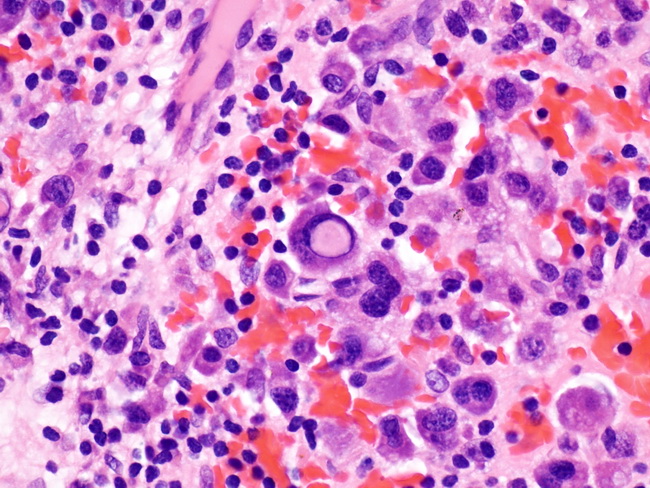 Comments:
Dutcher bodies were originally described as intranuclear inclusions in patient's with Waldenstrom's macroglobulinemia. They were later identified in other plasma cell disorders. It is now known that Dutcher bodies are really intracytoplasmic inclusions that are either invaginated into or are overlying the nucleus. A large Dutcher body can be seen in the center of this image.