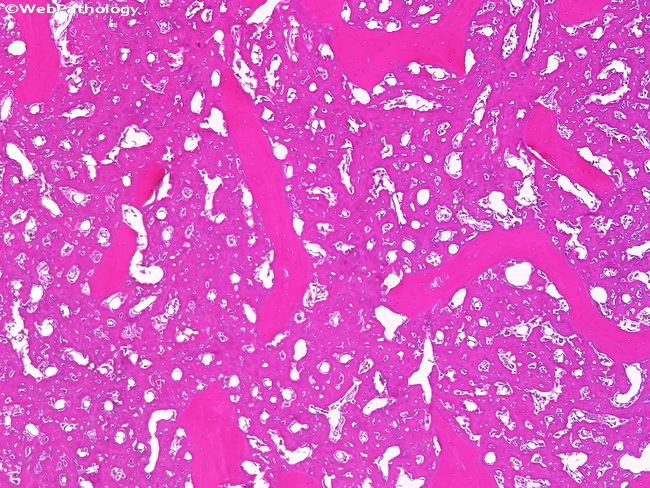 Comments:
Some osteoblastic osteosarcomas produce copious amounts of osteoid matrix which compresses tumor cells and makes them difficult to identify. They may become incorporated into the osteoid and resemble osteocytes. However, one can still confidently make the diagnosis of osteosarcoma on the basis of the permeation pattern of the newly formed osteoid in between preexisting trabeculae of medullary bone.