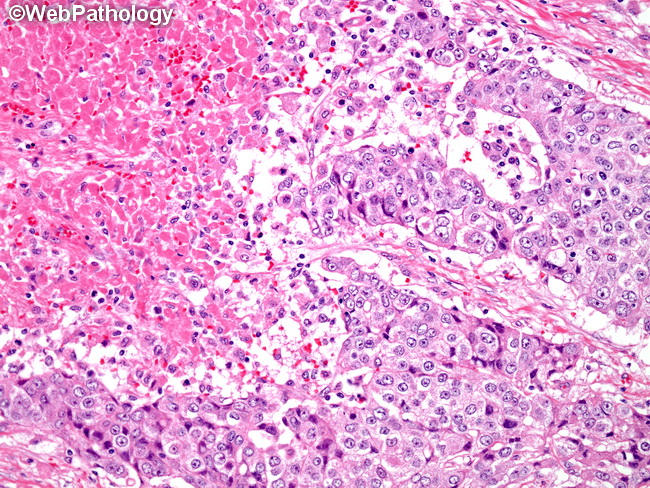 Extensively necrotic tumors are frequently ER-/PR- and are highly likely to progress (recurrence or death). Basal cell-like markers are expressed in a very high percentage of such cases. In summary, the presence of extensive necrosis is an adverse prognostic feature in invasive breast carcinomas. It indicates a rapidly dividing tumor that has outgrown its blood supply.