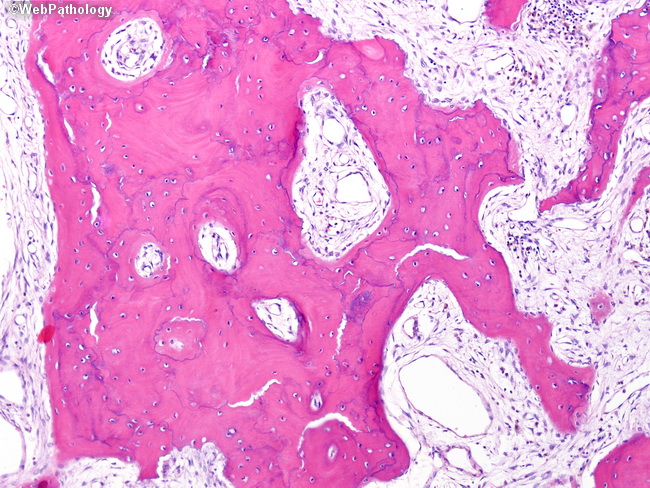 Comments:
Paget's disease of bone (PDB) is a disorder of bone metabolism characterized by increased bone resoprtion and formation due to abnormal osteoclast function. The exact cause remains unknown; however, both genetic and environmental factors are thought to play a role. Somatic mutations in SQSTM1 gene may be responsible for some cases of sporadic PDB. The patients are usually middle-aged or older and the commonly involved sites are pelvis, femur, tibia, skull, and the vertebrae. Less than 1% of PDB are complicated by osteosarcoma. The image shows histologic features of PDB consisting of irregularly thickened bony trabeculae with blue cement lines. The trabeculae are separated by fibrovascular connective tissue instead of bone marrow.