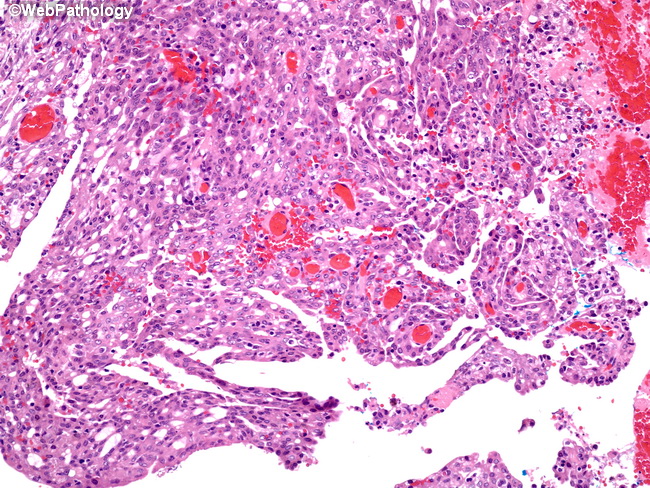 This focus shows an admixture of papillary, solid, and cribriform architecture.