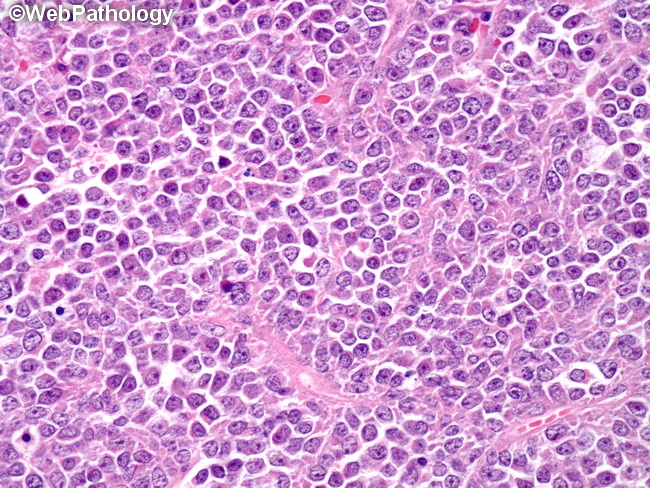 Comments:
Myeloid sarcoma of the gynecologic tract is rare. The most commonly involved site is the uterus. Rare cases have been reported in the ovaries (shown here), fallopian tube, cervix, and vulva/vagina. The histologic features are similar to those described previously in other locations. Immature cells with varying degrees of maturation are arranged in diffuse sheets or infiltrating in single files through the ovarian stroma. The differential diagnostic considerations as well as immunophenotypic findings are similar to those seen in other sites.