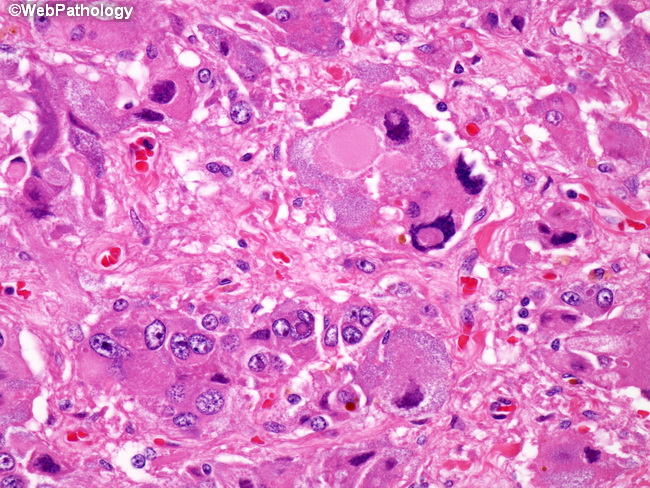 Comments:
Same case as the previous two images. Note the smudged nuclear chromatin with degenerative appearance and nuclear pseudoinclusions. Follow-up: Metabolic testing (urinary catecholamines and their metabolites) is performed 2 weeks after surgery to document return of catecholamines to their baseline levels. Thereafter, biochemical testing is performed at each annual visit. Lifelong follow-up is recommended because of risk of late recurrences. Prognosis: Following adrenalectomy, most patients do well. Surgical mortality is less than 5%. Recurrences have been reported as many as 15 years after resection of a localized lesion. About 50% of recurrences are malignant.