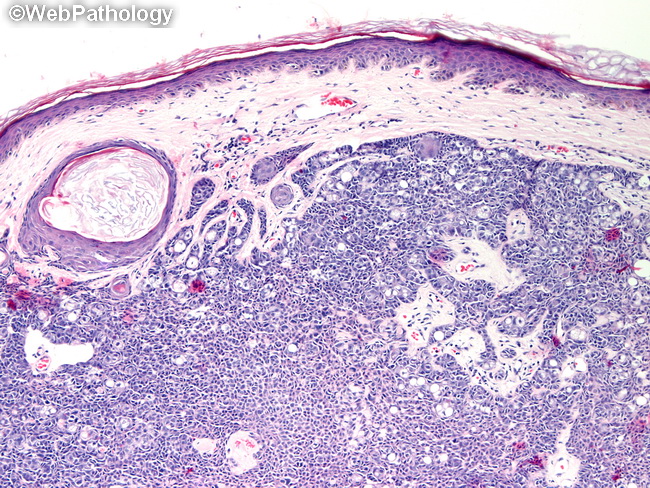 Comments:
The image shows sebaceous carcinoma of the eyelid. The tumor is composed predominantly of basaloid cells admixed with a small number of mature sebaceous cells. The tumor cells are arranged in trabeculae and solid sheets.

Periocular cases make up 75% of all sebaceous carcinomas given the abundance of sebaceous glands in and around the eye. The periocular variant was believed to be more aggressive than the extraocular variant but recent studies have shown no difference in overall survival between the two groups.