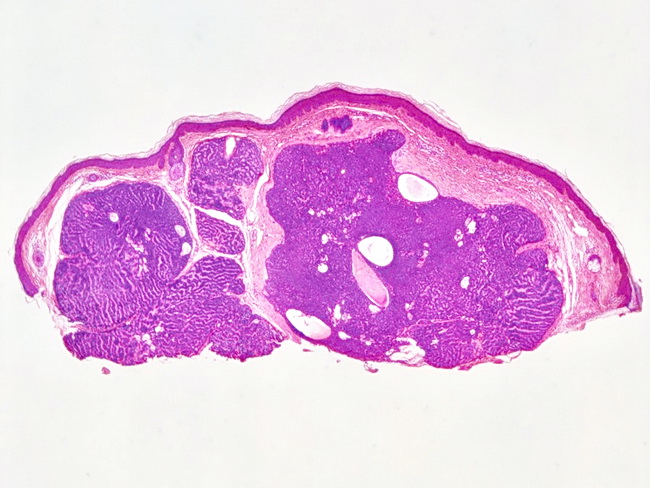 Comments:
Sebaceoma is a benign sebaceous neoplasm that consists of variably-sized lobules in the dermis. Unlike sebaceous adenoma, the lobules in sebaceoma lack organization and are composed of a predominant population of basaloid cells that are haphazardly admixed with a small number of mature sebocytes.