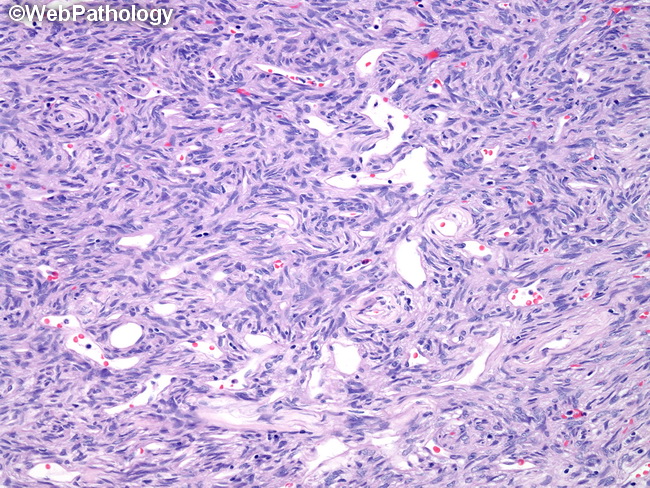 Comments:
Histologic Features: Solitary fibrous tumor is circumscribed but usually not encapsulated. The microscopic appearance depends upon the relative proportion of cells and stroma. The tumor may be highly cellular resembling hemangiopericytomas, paucicellular with abundant hyalinized stroma resembling classic solitary fibrous tumor, or have a hybrid appearance.

This low magnification image shows cellular end of the spectrum (hemangiopericytoma) and consist of sheets of round or spindle shaped cells with a bland appearance, eosinophilic cytoplasm and indistinct cytoplasmic borders. The cells are arranged around a rich network of blood vessels of varying caliber and having staghorn configuration. A given case may show admixture of hyper- and hypocellular areas.