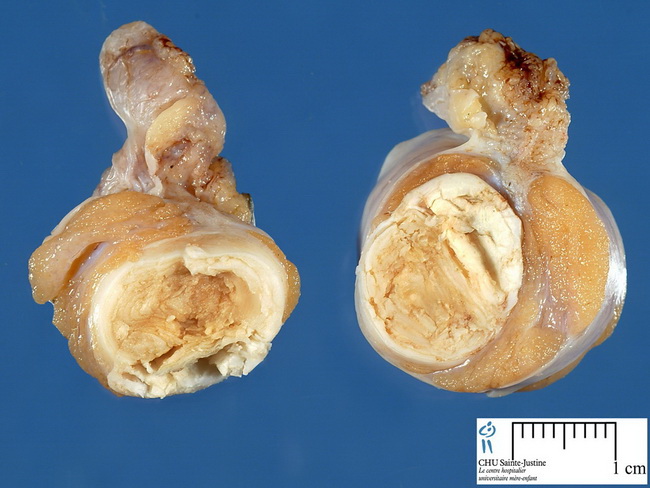 Comments:
Epidermoid cyst of the testis is a subtype of prepubertal teratoma. Prepubertal teratomas usually present before the age of 6 years. Rarely, however, they may be seen in postpubertal testis. It has been suggested that cases detected in adult life may have been present since childhood but remained undiagnosed until much later. This orchiectomy specimen shows an epidermoid cyst. It is filled with yellow-white keratinous material with a hint of concentric or lamellar arrangement. Image courtesy of Dr. Jean-Christophe Fournet, Paris, France; humpath.com; Used with permission