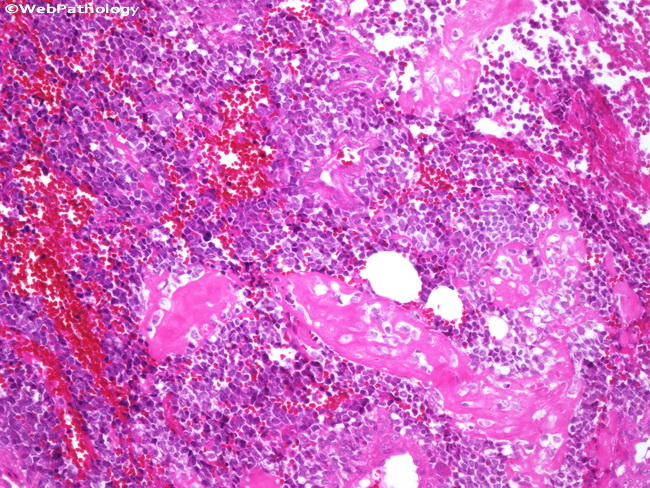 Comments:
Small cell variant of osteosarcoma is a controversial entity. It makes up 1% to 2% of all osteosarcomas. The histologic features are inbetween conventional osteosarcoma and Ewing Sarcoma/PNET. It shows small round tumor cells with scant cytoplasm, hyperchromatic nuclei lacking significant pleomorphism, and scant production of mineralized matrix. The immunohistochemical features (including positive membrane staining for CD99) are similar to those of Ewing/PNET. Moreover, the reciprocal translocation involving chromosomes 11 and 22 has also been reported in small cell osteosarcoma. This has led some authors to postulate that small cell osteosarcoma is a subtype of Ewing Sarcoma and should be treated with radiation instead of neoadjuvant chemotherapy.