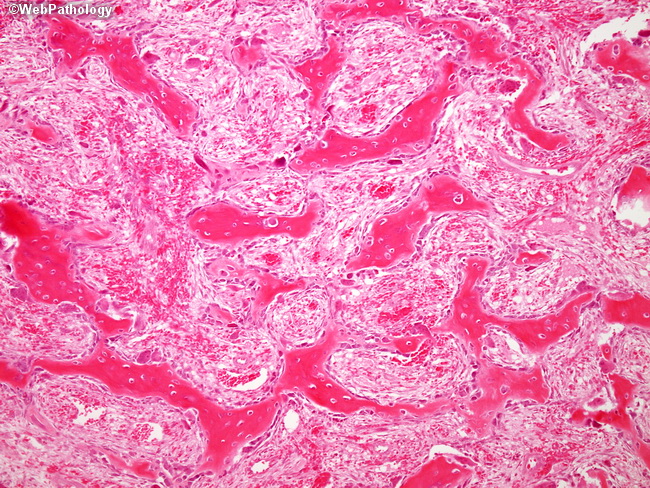 Comments:
Higher magnification of the nidus showing a delicate anastomosing network of thin bony trabeculae with variable mineralization. The space in between the bony trabeculae is occupied by vascular fibroconnective tissue instead of bone marrow elements. Osteoid osteoma most commonly involves femur, tibia, vertebra, phalanges, and the tarsal bone. The proximal femur (including femoral neck) is the single most commonly involved site. Patients usually present with pain that is relieved by aspirin. The pain is severe at night and may be referred to the nearest joint. Osteoid osteoma may produce deformities such as scoliosis or flexion contractures and may result in a limp.