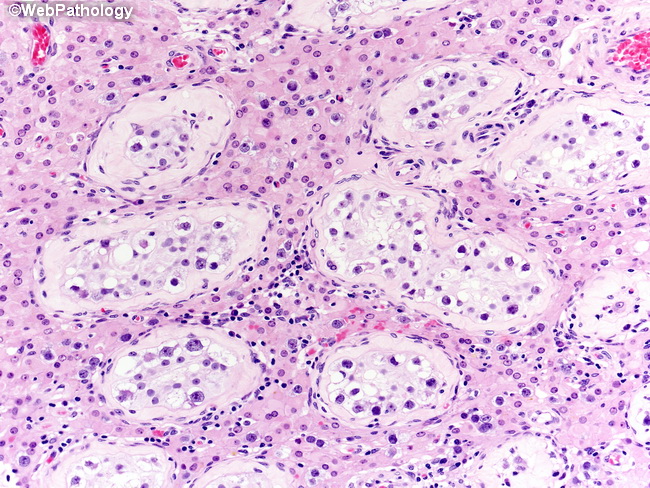 Comments:
Germ cell neoplasia in situ (GCNIS) in a cryptorchid testis. The tubular basement membrane is thickened considerably. The interstitium contains sheets of Leydig cells. The patient was a 30 y/o male with history of cryptorchidism which had been corrected at age 4; however, the testis retracted into the inguinal canal as he grew older.

Cryptorchidism does not play a pathogenetic role in germ cell tumors but is a surrogate marker. These patients are thought to have a testicular dysgenesis syndrome and frequently have additional findings, including infertility, disorders of sex development, and GCNIS.