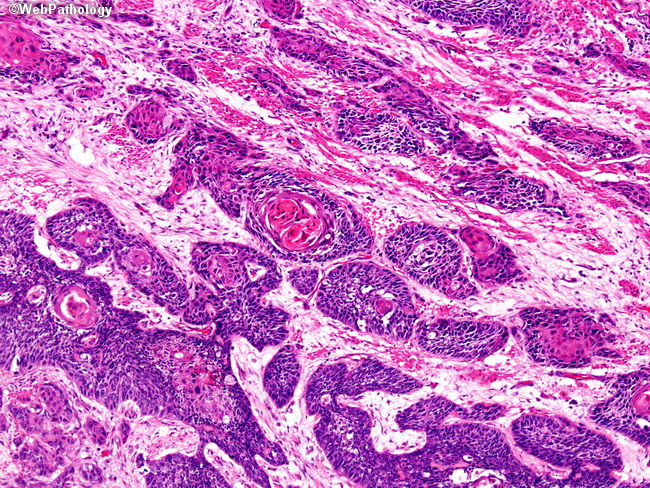 Comments:
The image shows well differentiated squamous cell carcinoma with keratin pearl formation. Squamous cell carcinoma of the esophagus is more common in males and those above 50 years old. Mid to lower esophagus are the most common locations. Squamous cell carcinoma in the US is associated with smoking and alcohol use. Other risk factors include prior lye ingestion, achalasia, Plummer-Vinsion syndrome, and radiation therapy. The tumor is usually at an advanced stage by the time it becomes symptomatic. The symptoms include weight loss and dysphagia with occasional chest pain. Rarely, the first presenting symptom is a trachea-esophageal fistula or sepsis secondary to invasion through the esophagus.