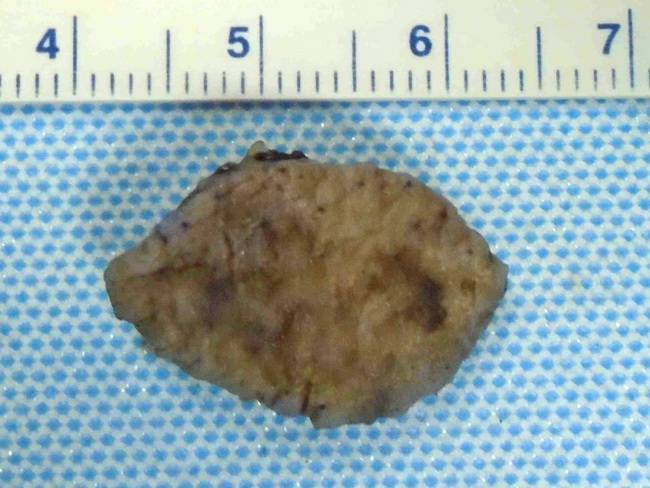 Comments:
Histologic evidence of partial regression is seen in 10-35% of primary cutaneous melanomas. In a small number of cases, melanomas regress completely after giving rise to nodal or distant metastases. In 5-15% of cases of metastatic melanoma, the primary tumor is never found, presumably due to complete regression. Clinically, regression appears as macular gray, white, or pink areas with granularity.

The clinical significance of regression in melanomas has been controversial. Some authors believe that it indicates better prognosis, whereas others have suggested that it increases the likelihood of metastases. The basis for suggesting that it may be an adverse prognostic indicator is that the disappearance of a portion of the tumor due to regression may lead to underestimation of the original Breslow thickness. In many institutions, melanomas that were less than 1 mm thick and had histologic features of regression were considered candidates for sentinel lymph node biopsy. However, a recent meta-analysis of several studies found that the risk of sentinel lymph node positivity was significantly lower in patients with histologic regression of their melanomas than those without.