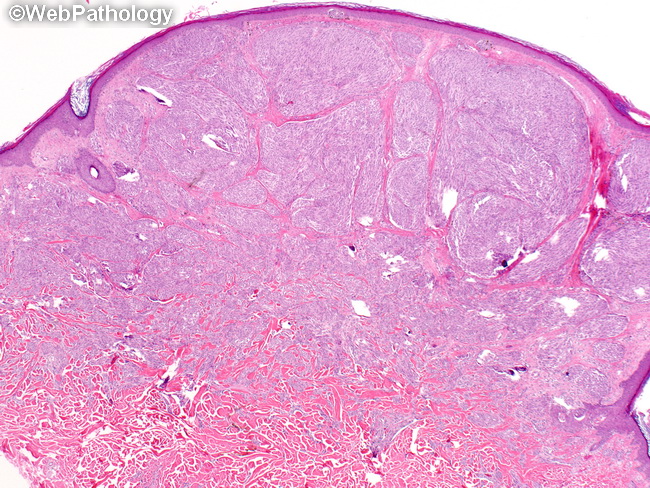 The image shows infiltration of the reticular dermis by a nodular melanoma (Clark level 4). The reticular dermis can be recognized by the horizontally oriented elastic fibers. As stated earliier, Clark levels do not convey independent prognostic information for thick melanomas such as the lesion shown here.