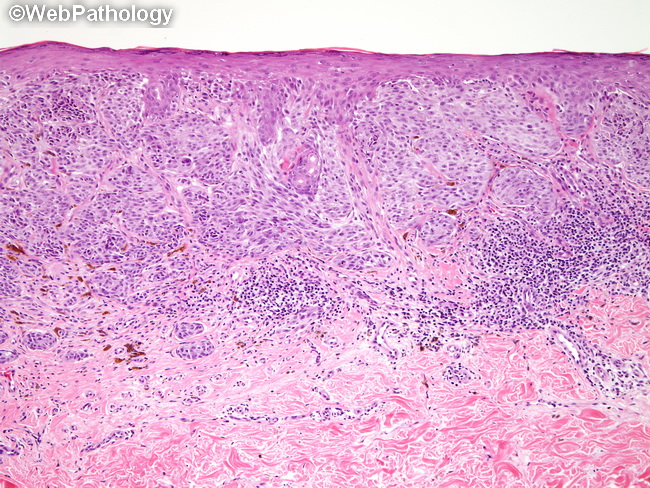 The image shows infiltrating clusters of tumor cells filling up the papillary dermis and approaching the interface with the reticular dermis (Clark level 3). The reticular dermis can be recognized by the horizontally oriented elastic fibers.