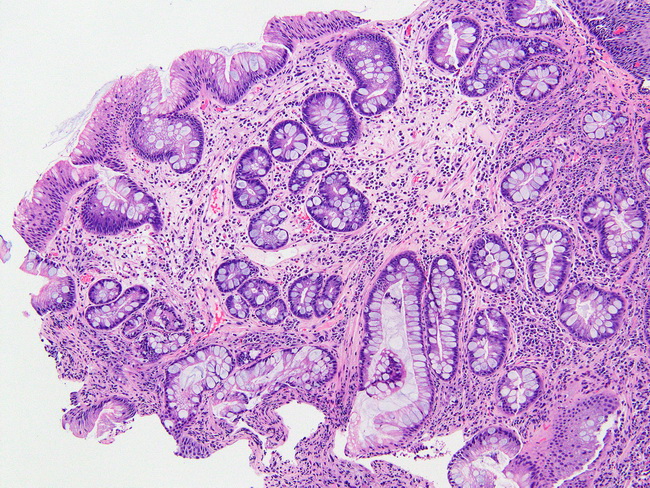 Comments:
Microscopic Features: For the diagnosis of Barrett esophagus (BE), the guidelines provided by the American College of Gastroenterology require endoscopically abnormal areas in the distal esophagus to show unequivocal intestinal-type epithelium with goblet cells (intestinal metaplasia). In some countries, such as the United Kingdom and Japan, the presence of gastric cardiac-type epithelium which consists solely of mucus-secreting cells is considered sufficient for the diagnosis of BE.

Additional findings in BE may include scattered inflammatory cells (lymphocytes, plasma cells, neutrophils), pancreatic acinar metaplasia, and the presence of oxyntic or mucous glands.