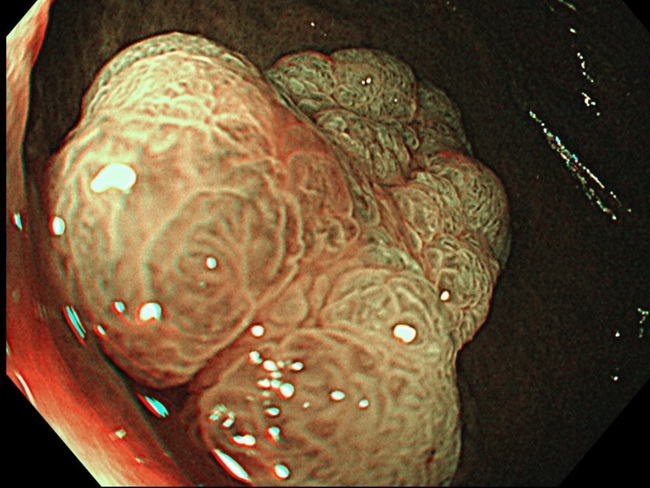 Comments:
Narrow-band imaging (NBI) in Colonoscopy: The use of narrow band imaging has been found useful according to some studies in distinguishing between neoplastic and non-neoplastic lesions during colonoscopy. At the flick of a button, the endoscope can be switched from white light mode to NBI mode in which light of wavelength of 415 nm (blue) or 540 nm (green) is used. The peak absorption of hemoglobin occurs at these wavelengths causing the blood vessels to appear darker than the surrounding tissues highlighting the vascularity of the lesions. The image is NBI view during colonoscopy of the same tubular adenoma of cecum shown in the previous image. Note the prominence of vasculature. Image courtesy of: @Patholwalker.