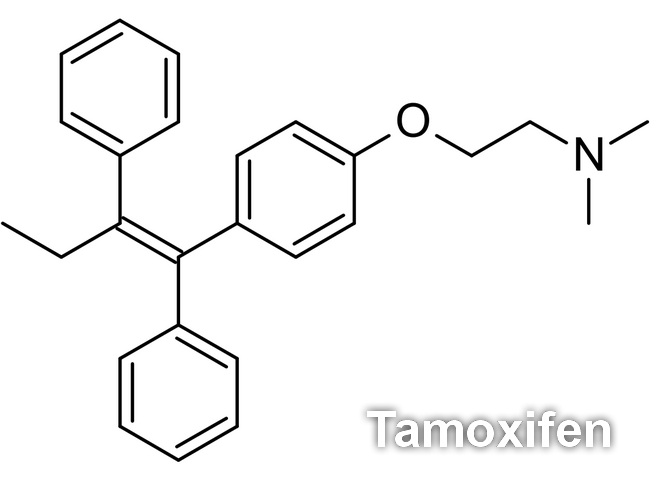 Comments:
Tamoxifen is one of the selective estrogen receptor (ER) modulator that is widely used in the treatment of ERα-positive breast cancer and for chemoprophylaxis in high-risk women. Tamoxifen functions as an antagonist to ERα and blocks its pathway in ERα+ breast cancer cells. Tamoxifen has proestrogenic effects on the uterus. It increases the risk of developing benign conditions such as endometrial polyps, endometrial hyperplasia, endometrial cystic atrophy, and uterine fibroids, as well as malignant transformation to endometrial carcinoma and uterine sarcomas. In one study, endometrial hyperplasia developed in about 16% of patients who were on tamoxifen prophylaxis for prevention of breast cancer. Tamoxifen approximately doubles the risk of both endometrioid and nonendometrioid type of endometrial cancer, with up to four times the risk if used for more than 5 years. The risk is most pronounced in women older than 50 years with high BMI (obese patients). Tamoxifen-induced endometrial cancers often have less favorable morphologic subtypes and a relatively poor prognosis.