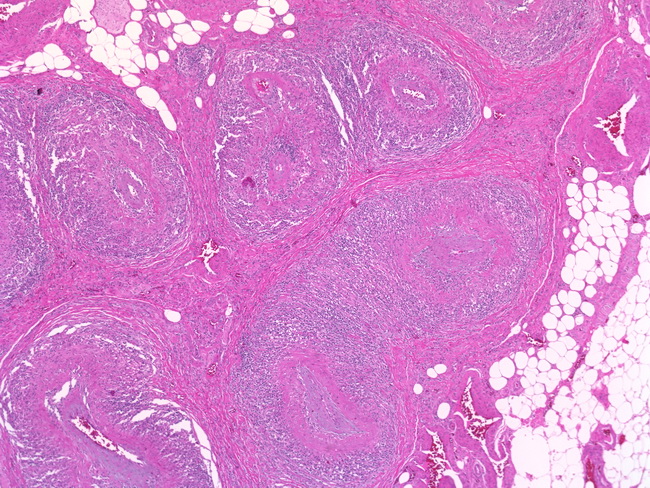 Comments:
Giant cell arteritis usually involves large and medium-sized arteries such as temporal and cranial arteries. Sometimes the involvement is restricted to smaller arteries and arterioles of isolated organ systems such as the female genital tract. The patients are usually post-menopausal. The image from an ovary shows several small arteries with nearly-occluded lumina due to intimal fibrosis. The tunica media is expanded due to granulomatous inflammation.