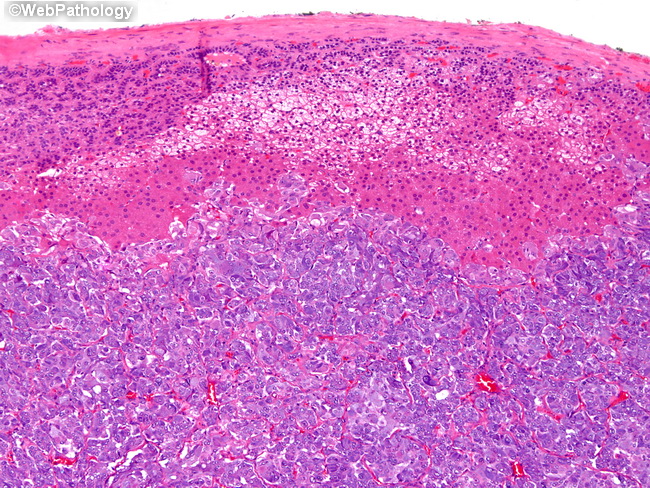 Comments:
Pheochromocytoma (lower half of the image) surrounded by a thinned-out rim of adrenal cortex. The three zones of normal adrenal cortex are clearly seen here. The upper most layer just beneath the capsule consisting of small compact clusters of cells with hyperchromatic nuclei is zona glomerulosa - the site of aldosterone synthesis. The layer with vacuolated cytoplasm is zona fasciculata. The layer with deeply eosinophilic cytoplasm, in contact with the tumor, is zona reticularis. Zona fasciculata and zona reticularis synthesize glucocorticoids and sex hormones.