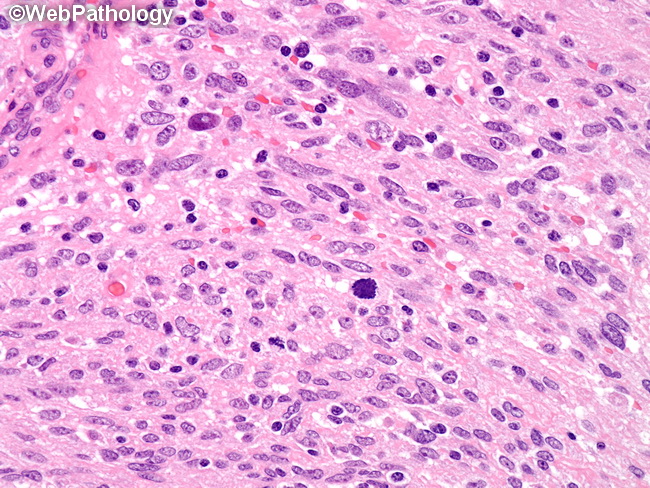 Comments:
This follicular dendritic cell sarcoma presented as a large retroperitoneal mass. The tumor was widely invasive with engulfment of several vital structures. The involvement of inferior vena cava led to edema of lower extremities which caused this middle-aged female patient to seek medical attention. The diagnosis was confirmed with the help of immunostains (positive for CD21, CD35, & CD23) in a biopsy specimen.

The tumor is composed of spindle cells arranged in fascicles and whorls. There is minimal nuclear atypia; however, foci containing scattered large hyperchromatic nuclei with intranuclear inclusions were present (see next image). There is a sprinkling of small lymphocytes and plasma cells in the background. A single mitotic figure is present near the center of the image.