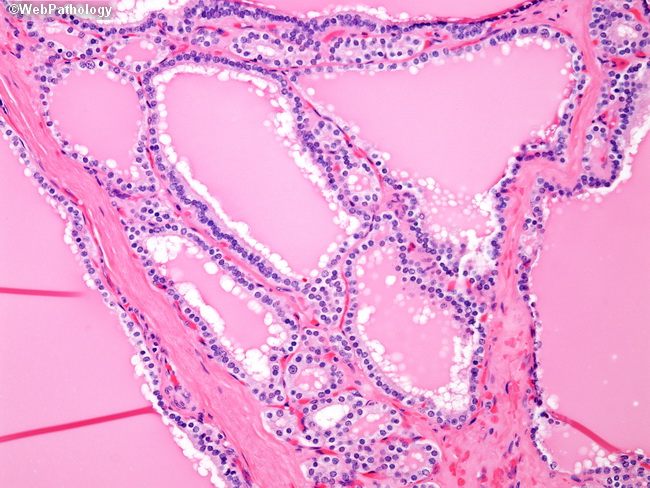 Comments:
Numerous large follicles containing pale colloid with scalloped margins. Genetic factors play an important role in the etiology of Graves disease. Susceptibility to Graves disease is linked to polymorphisms in several immune-regulation-associated genes such as CTLA4 and PTPN22 and HLA-DR3. Breakdown in self-tolerance to thyroid antigens results in the formation of several autoantibodies, including Thyroid-stimulating immunoglobulin. Most of these autoantibodies are directed against the TSH receptor and mimic the actions of TSH. Some autoantibodies actually inhibit TSH binding to its receptor causing episodes of hypothoridism in some patients with Graves disease.