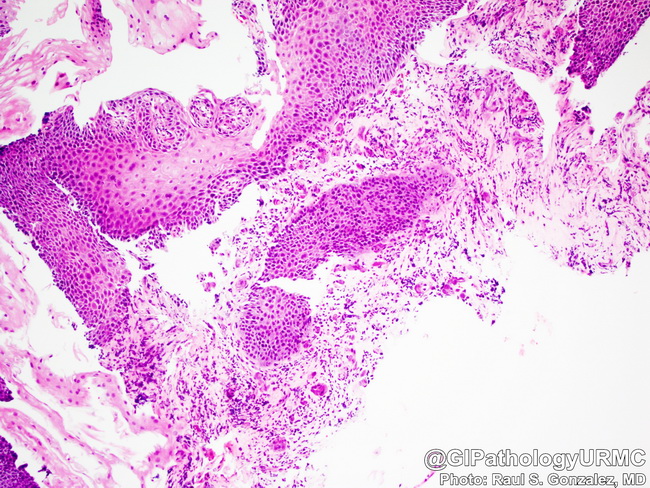 Comments:
Treatment & Prognosis: CMV esophagitis is usually treated with IV ganciclovir, valganciclovir, or cidofovir. Treatment only suppresses but does not eliminate the infection. Relapses are common as long as the patient is immunosuppressed. CMV esophagitis carries a poor prognosis in immunocompromised hosts and is associated with a one-year mortality rate of 25-30%. This image from an endoscopic esophageal biopsy shows inflammatory infiltrate in the submucosa. Viral inclusions are not apparent at this magnification. Image courtesy of: Raul Gonzalez, MD.