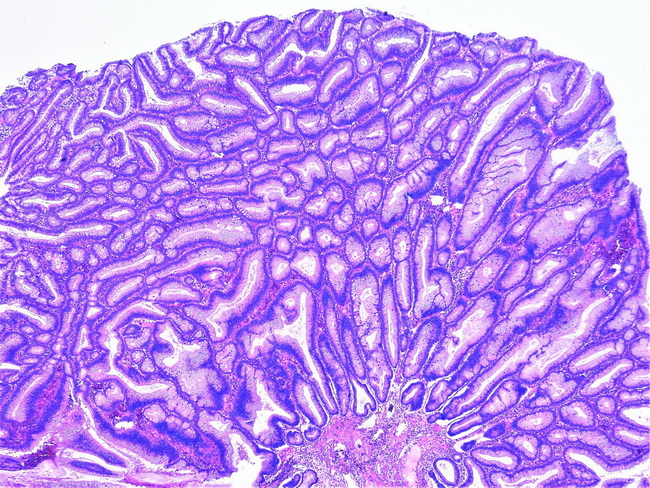 Comments:
Tubular adenomas have at least 75% tubular component consisting of round or oval glandular (tubular) profiles. They make up 80-85% of all colonic adenomas. By definition, all tubular adenomas show epithelial dysplasia. There is hypercellularity and glandular crowding. The nuclei are enlarged and hyperchromatic with prominent nucleoli. There is increased mitotic activity. Atypical mitoses may be seen. Mucin production is generally decreased. There is lack of maturation as the epithelial cells move from crypts to the surface. Mature goblet cells are reduced in number. The cytologic features impart a basophilic appearance to the adenomatous epithelium on routine H&E staining (as shown in this small tubular adenoma). Image courtesy of: @Patholwalker