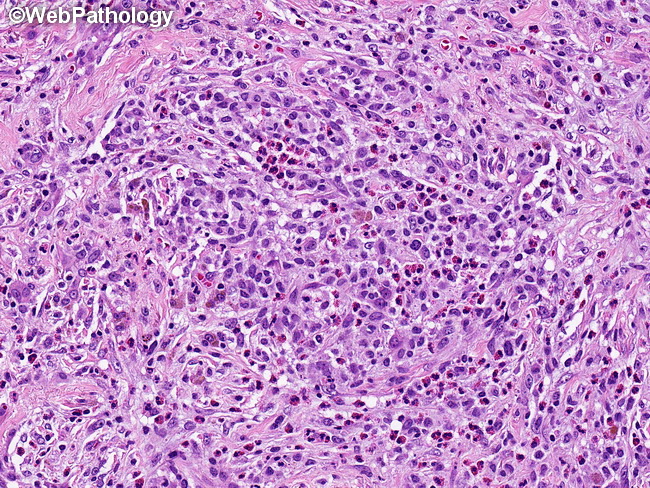 Early lesions of LCH are cellular and show numerous LCs and eosinophils with minimal or no fibrosis. Later stages are dominated by fibrosis and foamy macrophages with decreased numbers of LC cells and eosinophils. LCs have moderate to abundant lightly eosinophilic cytoplasm and vesicular nuclei with grooves, folds and indentations.