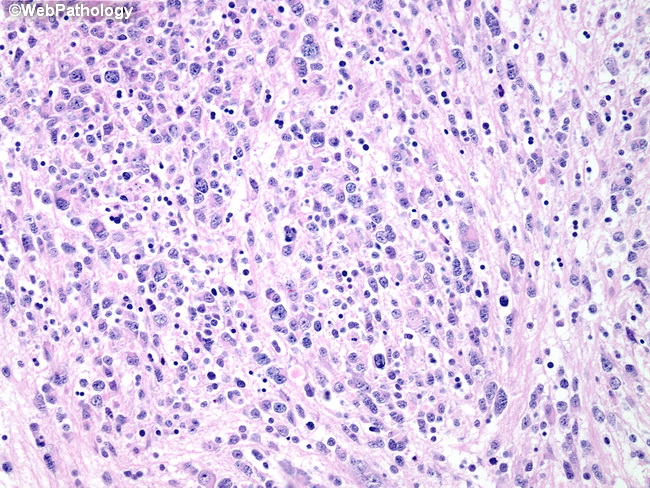 Comments:
The treatment of neuroblastoma depends upon the clinical stage and can include surgery, chemotherapy, immunotherapy and bone marrow transplantation. The role of surgery is to provide tissue for diagnosis, stage the tumor, excise the primary tumor (when localized), and provide tissue for subsequent prognostic marker studies. For children with Stage I disease, surgical excision alone may be adequate treatment (survival rate of 90% or better). Radical surgery requiring sacrifice of major organs such as kidney is generally avoided. Chemotherapy is considered only when the tumor shows MYCN amplification and unfavorable histology. Radiation therapy is given to those who fail to respond to initial therapy (resection) or secondary chemotherapy. The image shows differentiating subtype of neuroblastoma. There is abundant neuropil and more than 5% of neuroblasts show differentiation towards ganglionic cells.