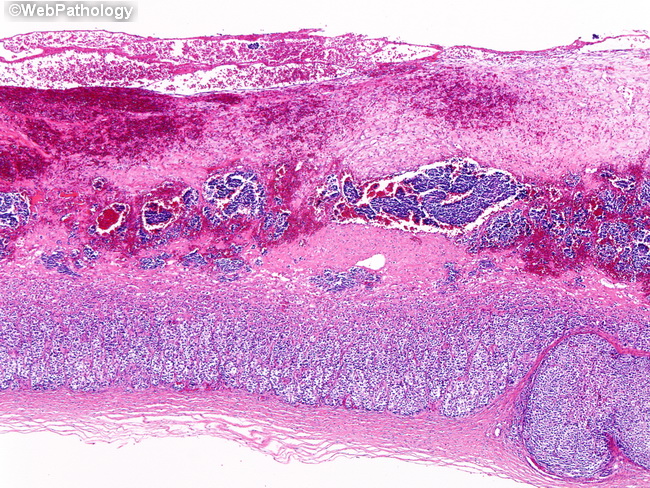 Comments:
About 25% of neuroblastomas diagnosed in the fetal and neonatal period and involving the adrenal gland are cystic. They tend to have lower stages and higher incidence of favorable biology. In this image, the cyst lumen is on the top. The nests of highly basophilic cells in the center are neuroblastoma. The band of cells near the bottom with vacuolated cytoplasm is the adrenal cortex. This case was diagnosed on a prenatal sonogram which showed a cystic lesion in one of the adrenals. The diagnosis was confirmed after delivery and the infant underwent adrenalectomy 7 days after birth.