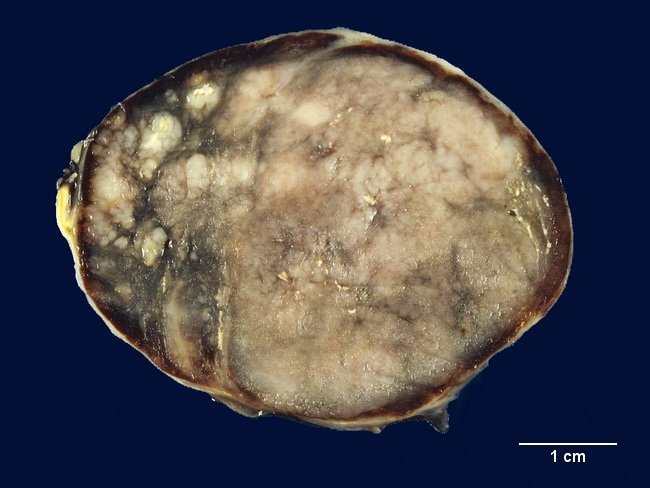 Comments:
Neuroblastoma is the most common extra-cranial solid tumor in childhood. It is exceeded in incidence only by acute leukemias and primary brain tumors (mainly astrocytoma and medulloblastoma). Neuroblastoma and its related tumors – ganglioneuroblastoma and ganglioneuroma are of neural crest origin and they represent a continuum both at the morphologic level as well as at the level of gene expression. Neuroblastoma represents the malignant undifferentiated end and ganglioneuroma represents the fully-differentiated benign end of the spectrum. The image shows a multinodular, grayish, well-circumscribed tumor in the adrenal medulla arising in a 1 year old female. Histology showed neuroblastoma, Schwannian stroma-poor, poorly differentiated subtype (more on histologic grading in later slides). Image copyright: pathorama.ch.