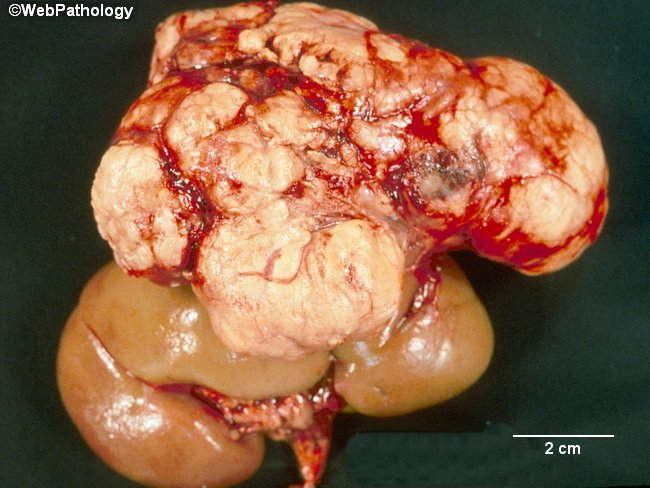 Comments:
Angiomyolipoma (AML) of the kidney is now considered to be a member of a group of tumors collectively called PEComas (the cell of origin being Perivascular Epithelioid Cell). In its typical form, AML is composed of mature adipose tissue, blood vessels, and smooth muscle cells. The gross appearance depends upon the relative amounts of its various components. Some tumors have abundant fat and resemble lipomas. Other may have areas of hemorrhage and mimic renal cell carcinomas. Capsular invasion and extension into perirenal soft tissues may be present (as seen in this case).