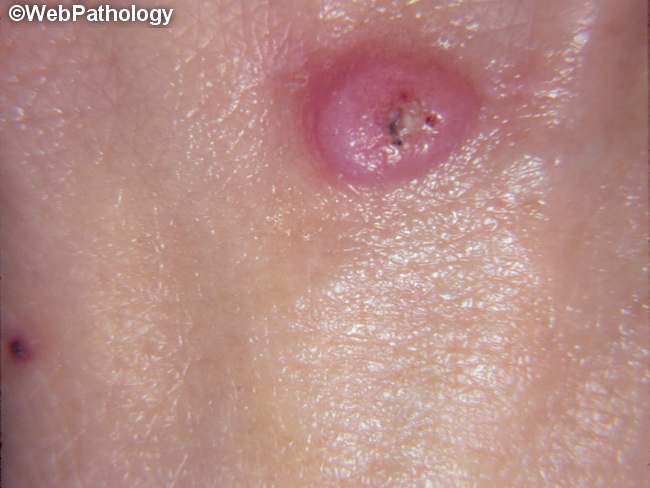 Comments:
The image shows typical appearance of a keratoacanthoma. It appears as a smooth, dome-shaped papule that rapidly grows over 4-6 weeks into a 1-2 cm diameter round flesh-colored nodule with a central crater filled with keratinaceous debris. Rare cases may be several cm large (giant keratoacanthoma) or have multiple lesions. A typical case usually shows spontaneous regression after a period of initial growth leaving behind a depressed hypopigmented scar. The total duration of the lesion being 4-6 months. There is some variation between males and females as to the sites involved. Lesions on calves are common in females but rarely seen in males. The involvement of dorsum of hand (shown in the image) is common in males but not in females.