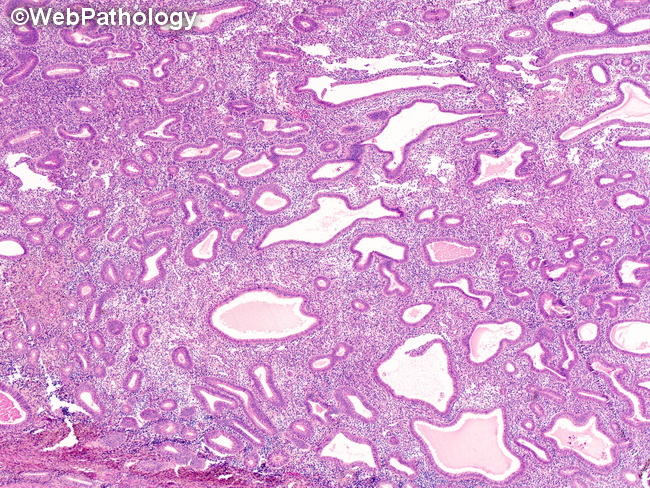 Comments:
Endometrial hyperplasia (EH) refers to an abundance of endometrial glands. It is defined as abnormal proliferation of the endometrial glands relative to the stroma, leading to an increase in gland to stroma ratio (>1). It is an important cause of abnormal, non-cyclical uterine bleeding and a precursor to the most common type of gynecologic cancer - endometrial carcinoma (EC), endometrioid type. The most common risk factors are unopposed estrogen effect from anovulatory cycles and exogenous use in postmenopausal women. About this image: This image with increased density of tubular and irregularly-shaped dilated glands is an example of nonatypical endometrial hyperplasia.