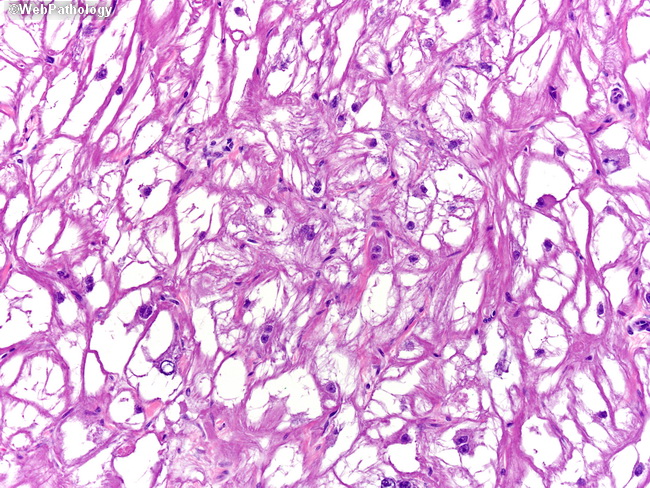 Comments:
Cardiac rhabdomyomas are composed of large vacuolated cells with abundant glycogen – so called “spider cells” as shown here. This appearance is caused by centrally placed nucleus from which myofibrils radiate to the cell membrane. PAS stain is strongly positive due to glycogen. With electron microscopy, these cells are found to have abundant glycogen, few irregular myofibrils and a poorly-developed sarcoplasmic reticulum.