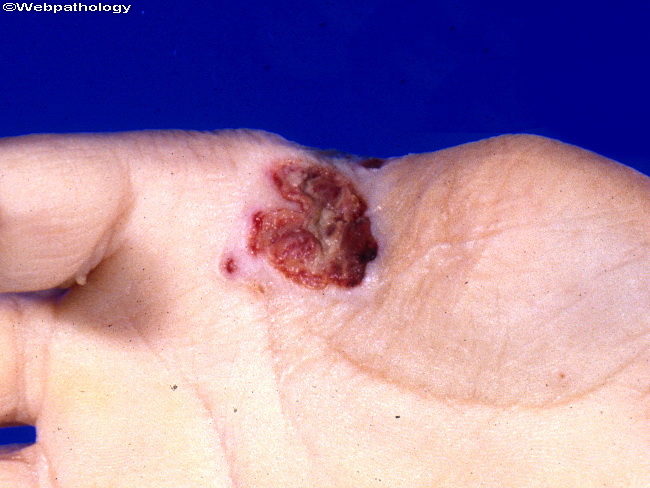 Comments:
Epithelioid sarcoma initially presents as a firm, painless, slowly growing nodule in superficial or deep soft tissues which eventually ulcerates. Due to its appearance, it is frequently misdiagnosed as a benign ulcer or an abscess which does not respond to conventional therapy. This image shows several small and large ulcerated nodules at the site of previous amputation done 4 years earlier (same case as image 1)