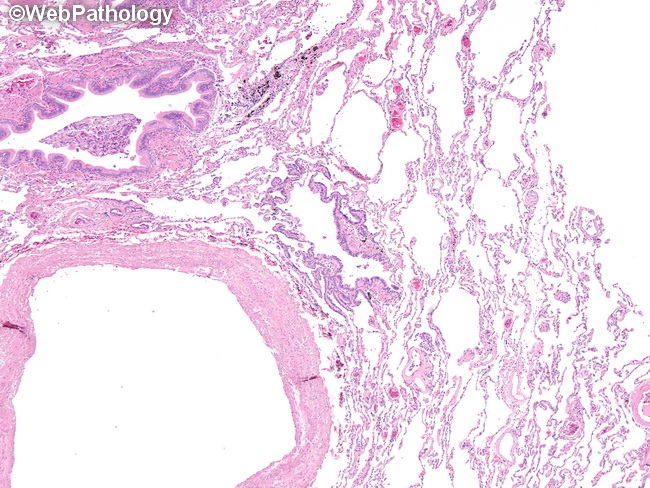 Comments:
Atypical adenomatous hyperplasia (AAH) is believed to be the preinvasive lesion for at least a subset of lung adenocarcinomas. It harbors the same driver mutations in KRAS and EGFR as lung adenocarcinomas. Since the diagnosis is established only after the lesion has been removed, the progression to adenocarcinoma-in-situ or invasive adenocarcinoma has not been documented. It is a counterpart of squamous dysplasia. AAH is small localized lesion usually less than or equal to 0.5 cm (size is not an absolute criterion). It consists of mild to moderately atypical type II pneumocytes or Clara cells lining the alveolar walls. One such focus is seen in the center of this image.