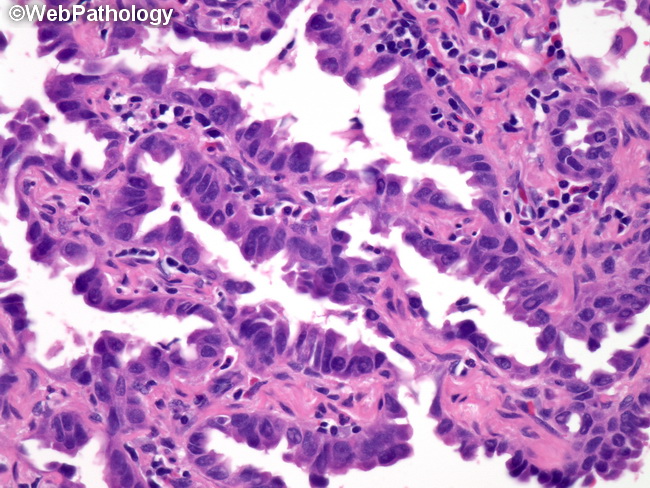 Comments:
Lepidic adenocarcinoma is an invasive non-mucinous adenocarcinoma of lung that shows predominantly lepidic growth pattern. It consists of atypical type II pneumocytes or Clara cells growing along the surface of alveolar septa. The percentage of the lepidic component as well as those of other components present (acinar, papillary, micropapillary, or solid) should be listed in the report. The use of the term mixed subtype adenocarcinoma has been discontinued in the WHO 2015 classification of lung tumors. The different histologic subtypes often merge into one another imperceptibly and represent a continuum. For e.g. the lepidic areas frequently acquire papillary appearance but without the fibrovascular cores.