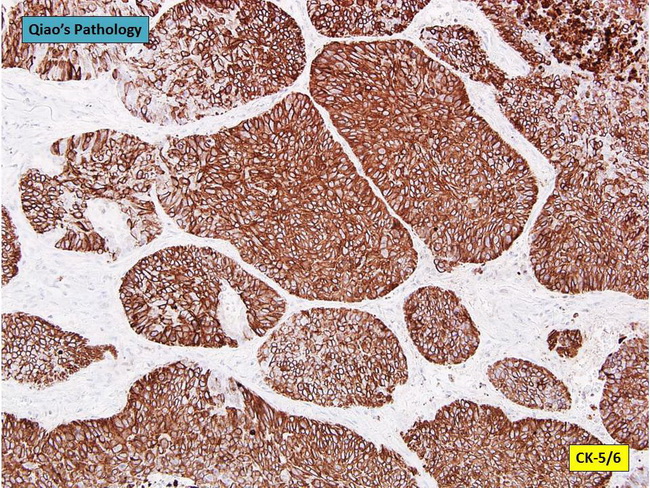 p63 is a highly sensitive marker of squamous differentiation; however, it lacks specificity and is frequently expressed in large cell neuroendocrine carcinomas and large cell lymphomas of lung. p40 antibody, which recognizes an isoform of p63, has high sensitivity as well as specificity and is superior to p63 as a squamous marker. Image courtesy of: Jian-Hua Qiao, MD, FCAP, Los Angeles, CA, USA.

slide 33 of 33
Tweets by @WebPathology