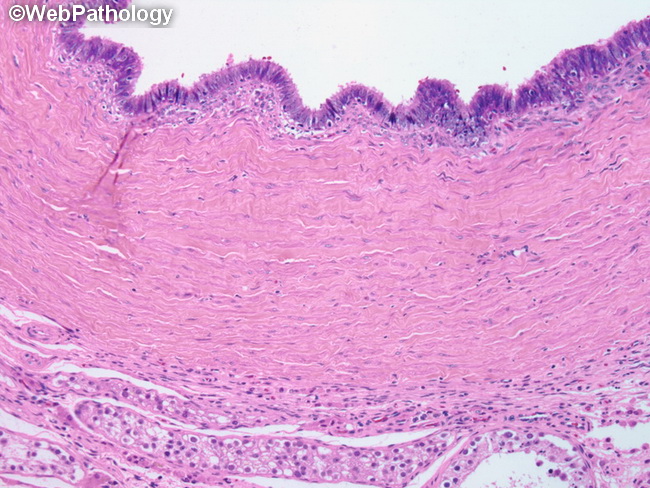 Comments:
Introduction: The entire spectrum of ovarian surface epithelial-type tumors has been reported in the testis and paratestis, including serous, mucinous, endometrioid, clear cell, and Brenner tumors. Majority of the cases consist of serous and mucinous tumors, with serous borderline tumor (SBT) being the most common subtype. SBTs do not recur or metastasize. Case History: This young adult male presented with a rapidly enlarging hydrocele and was found to have a testicular mass. Radical orchiectomy specimen showed a mass with solid and cystic areas. This image shows a portion of a cyst wall lined by pseudostratified columnar epithelium. Seminiferous tubules are seen at the bottom of the image.