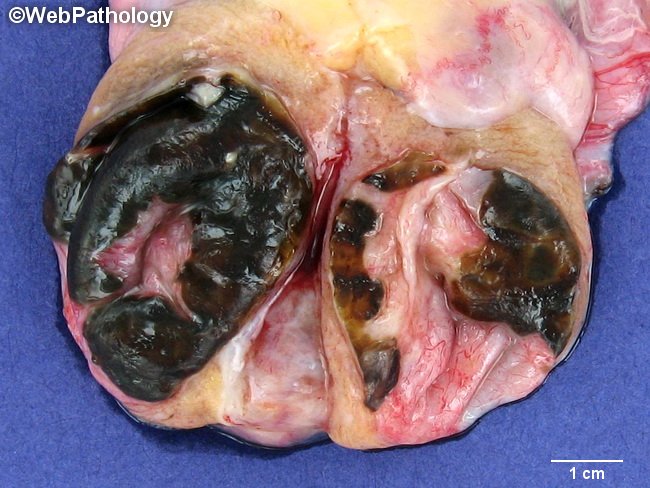 Comments:
This is an example of a pure teratoma in a post-pubertal male (>40 yrs. of age). The patient presented with testicular discomfort. On examination, the involved testicle was rock hard. Ultrasound confirmed the presence of a cystic mass. Serum tumor markers (AFP, LDH, beta-hCG) were within reference range. Radical orchiectomy was performed. The specimen showed a multilocular cyst filled with mucoid brown fluid. The cyst was lined by pseudostratified glandular epithelium with goblet cells. In some foci, there was sufficient atypia for the designation of adenocarcinoma-in-situ. The dark-brown/black discoloration was secondary to hemorrhage within the cyst wall and deposition of hemosiderin-laden macrophages. Germ cell neoplasia-in-situ with pagetoid involvement of rete testis was seen.