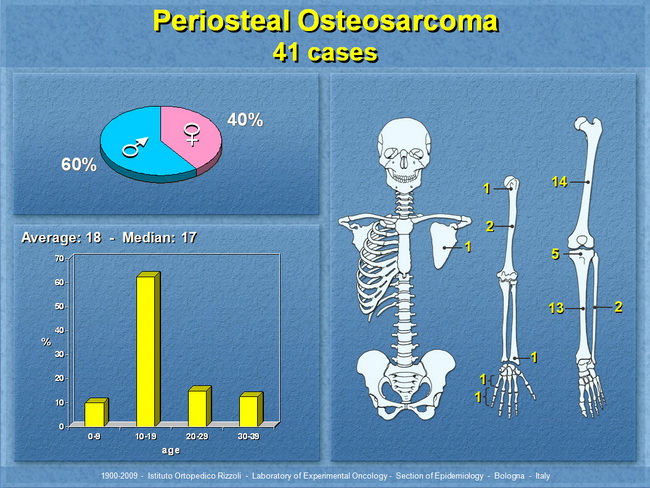 Comments:
This surface tumor arises between the cortex and the cambium layer of the periosteum. The age distribution is similar to conventional osteosarcoma; however, it tends to involve the femoral or tibial diaphysis as seen in this graphic. This series of cases showed male predominance; in others, female patients have been predominant. The matrix produced is cartilaginous in most cases.