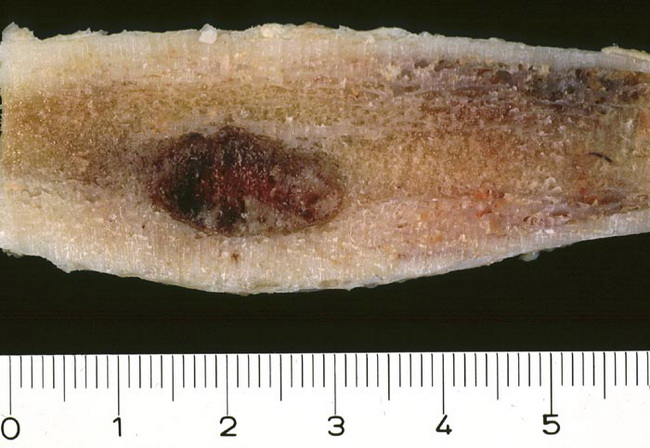 Comments:
Osteoid osteoma usually appears as a discrete oval or round mass of reddish-brown tissue within the cortex of the involved bone. The consistency varies from soft granular to dense sclerotic. Most lesions are about 1 cm. in size and rarely exceed 2.0 cm even when the symptoms have been present for several years. The photograph shows an osteoid osteoma removed from the fibula of an 18 y/o female. The lesion is located largely within the thickened cortex and partially in the medullary cavity. It appeared as an area of radiolucency surrounded by sclerosis on plain radiographs. Image copyright: pathorama.ch; used with permission.