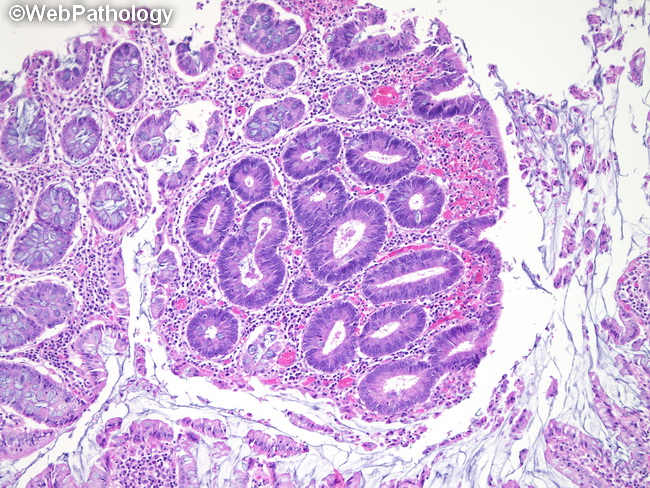 Comments:
Molecular Pathogenesis: Familial adenomatous polyposis (FAP) is caused by germline loss-of-function mutations in the tumor suppressor gene APC (on 5q22.2) which are passed on to the offspring. Colonic adenomas develop when the second allele acquired from the unaffected parent is mutated or lost (second hit). One of more of the adenomas subsequently undergo malignant transformation following acquisition of additional mutations, such as activation of KRAS and disruption of p53. In FAP, the number of polyps and their time-frame to malignant transformation depends upon specific mutations within the APC gene. Mutations in APC gene are also found in 70% to 80% of non-hereditary colon cancers as well as sporadic adenomas.

The image is a higher magnification of the previous slide showing a small microscopic adenoma consisting of several dysplastic crypts from a colon with FAP.