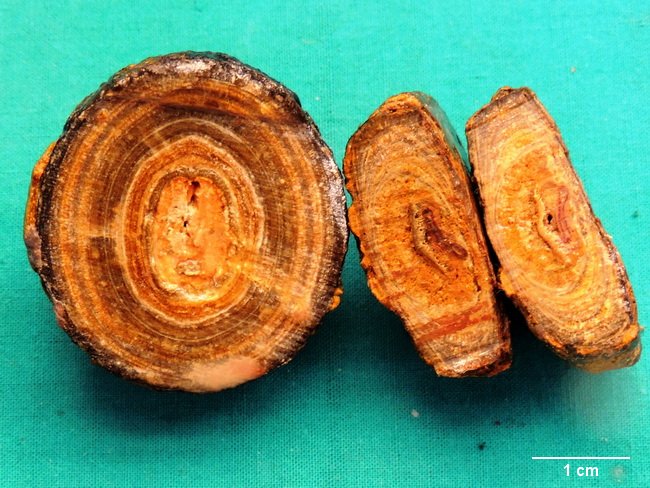 
TREATMENT: Gallstone ileus frequently presents as a surgical emergency. The initial management consists of restoring fluid and electrolyte imbalance. The impacted stone can be removed by laparoscopic enterolithotomy or via endoscopy with or without lithotripsy. Cholecystectomy and repair of cholecystoenteric fistula can performed 4-6 weeks after the initial procedure (two-stage surgery). Bowel resection is done when intestinal ischemia or perforation has occurred.

The photograph shows cross-section of the three gallstones removed from the resected small bowel segment from a case of gallstone ileus (see previous two images). The concentric yellow-brown laminations are consistent with a mixed stone composed of cholesterol and bilirubin pigment.

slide 3 of 3
Tweets by @WebPathology