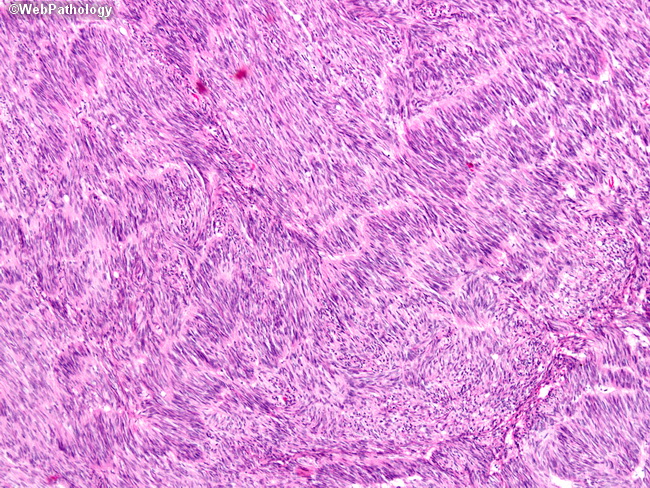 Comments:
The image shows a GIST composed of spindle cells with prominent nuclear palisading - generally considered to be an indicator of neural differentiation. Still, this tumor would be negative for S-100. High cellularity is considered a minor risk factor for malignant behavior, though site, mitotic rate, and gross size are the most heavily favored predictors of prognosis. Overall, gastric GISTs have the best prognosis of all GISTs throughout the gastrointestinal tract.