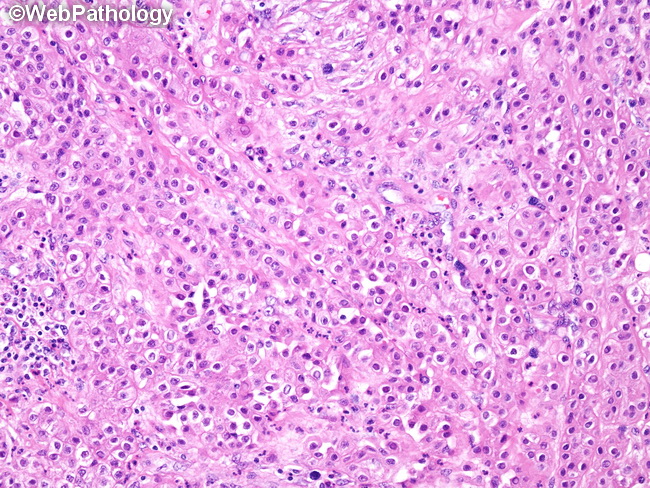 Comments:
This is a case of mucoepidermoid carcinoma, intermediate grade, involving the tonsillar fossa. The patient was an adult male who presented with respiratory distress and pain of several weeks' duration. He was found to have a large mass in the oro- and hypopharyngeal region and underwent wide local resection. The tumor is solid and does not show any prominent cystic areas (unlike the low-grade mucoepidermoid carcinomas). It is covered by an intact squamous mucosa of the tonsillar fossa. It is composed predominantly of intermediate cells which are intermediate in size and appearance in between the small basal cells and the larger epidermoid cells. The intermediate cells are mixed with epidermoid cells forming solid sheets and tumor islands. There are only scattered mucinous cells. Nuclear atypia and prominent nucleoli are seen only focally.